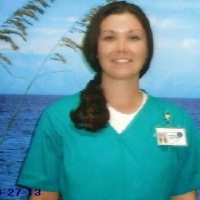 Hugo Pinell, 71, who was among inmates who attempted to break out of San Quentin State Prison in 1971, died during a riot at a state prison near Folsom. (California Department of Corrections and Rehabilitation)

Hugo Pinell was stabbed and killed – his killing is said to have sparked the riot.

“In 1964, a white woman accused me of rape, assault and kidnap. I was 19 years old. I turned myself into the authorities to clarify the charges against me which I knew to be falsified. The deputies beat me several times because the alleged victim was white, and the Public Defender and the Judge influenced my mother into believing that I would be sentenced to death unless I pled guilty. At their insistence and despite my innocence, I pled guilty to the charge of rape, with the understanding that I would be eligible for parole after 6 months. When I arrived at the California Department of Corrections, I was informed that I had been sentenced to three years to life. ”

Yogi earned the enmity of the prison officials back in the 1960s when he was part of the “Black Movement” behind California prison walls led by George L. Jackson, W.L. Nolen and many other conscious, standup brothers who made it safe for Blacks to walk the yards of California’s extremely racist gulags.

On Aug. 21, 1971, in what has been deemed a setup, Soledad Brother George Jackson was murdered on the yard of San Quentin by prison guards. During this orchestrated attempted escape, however, three guards were also killed, along with two inmate “trustees.”

This set the prison officials on fire, and they’ve been exacting revenge ever since on Hugo Pinell, the only defendant in the San Quentin Six case still in prison. The only defendant convicted of murder in the case, Johnny Spain, was released in 1988.

Hugo Pinell, infamous for his role in the 1970s “San Quentin Six” prison break attempt, was killed Wednesday during a riot at a maximum-security prison outside Folsom, state corrections officials said.

Pinell was among more than half a dozen people injured when an estimated 70 inmates began to fight in a prison yard shortly before 1 p.m., according to agency spokeswoman Terry Thornton. Corrections officers responded with pepper spray and warning shots from rifles, a written report from the agency stated. After the riot, five inmates were taken to area hospitals with stab wounds and others were being treated at the prison.

Pinell received a third life sentence for attacking two officers, and had spent the majority of his time since then in solitary confinement and had participated in a 2013 statewide hunger strike protesting those conditions. Thornton said he was transferred from the isolation unit at Pelican Bay State Prison in January 2014 to California State Prison-Sacramento, where the riot took place.

CSP-Sacramento is located adjacent to the historic Folsom State Prison and is built to house inmates in high security, including solitary confinement. It houses about 2,300 prisoners.

Now to name and shame the CDCr “guards” that find levity in these situations.  The following was copy/pasted from the Facebook page “Taking Back CCPOA”. This is the mentality that we continue to fight. There is no wondering WHY the prisoners RIOT when the overpaid staff publicly post comments such as this- doesnt it make you wonder what they do inside the walls? You cannot tell us they are not corrupt- their behavior and their words are very telling. Until we change this mentality-no amount of reform will help the criminal justice system. Not professional behavior at all-and this is just a sampling…yeah, so  FUCK YOU CDCr. These “guards” should be severely reprimanded if not fired…especially the one calling for more prisoner deaths!
Taking Back Ccpoa
27 mins ·

FOLSOM – The California Department of Corrections and Rehabilitation (CDCR) has identified the inmate killed in this afternoon’s riot on a California State Prison, Sacramento maximum-security yard as Hugo Pinell.

Pinell, 71, was initially committed to CDCR on February 17, 1965 from San Francisco County to serve a life-with-parole sentence for rape with force.

Pinell killed Correctional Officer R.J. McCarthey on March 3, 1971 at Correctional Training Facility in Soledad. He was sentenced to serve life-with-parole on May 22, 1972.

Pinell was convicted of violently assaulting two correctional officers during the escape attempt and sentenced to life-with-parole on September 1, 1976.

2 thoughts on “Hugo Yogi Bear Pinell-Dead at 71; CDCr officers scoff at the death of prisoner”