Bonnie Erwin age 74, has been in a federal prison in the state of Texas since age 42- he has served 32 years on a wrongful conviction. Can you even imagine being locked away for 32 years for a crime someone else committed? Happens quite often in America. There have been 337 post-conviction DNA exonerations in the United States. The first DNA exoneration took place in 1989. Exonerations have been won in 37 states; since 2000, there have been 263 exonerations. 20 of the 337 people exonerated through DNA served time on death row.

Unfortunately in this case, not one organization has come forth to assist Bonnie with his freedom. The reasons given have been the organizations dont take cases without DNA evidence and/or they dont handle capital murder cases. His dear friend contacted me though my Prison Reform Movement page on Facebook and asked if I would help publicize Bonnie’s case. The following is what has been sent to me:

“I have a good friend in Federal Prison in Texas. He was sentenced to death for a murder he did not commit, then the state dropped the charges because the murderer was found. They “reduced” his sentence to life plus 120 years because of bureaucratic malfeasance. It is Texas after all. He went to prison when he was 42 and he is now 74 years old and in awful health. Is there any way to publicize his plight? He was wrongfully convicted but the ACLU, the Justice Project and the Innocence Project have turned a blind eye to his plight. Thanks for your help I would love some publicity on this case. It is wrong on all levels. This guy is a black man convicted by an all white jury. From what I understand he used to hang out with white girls and in Texas that is a big deal. One of these girls was the judges daughter I think and the whole case is trumped up vendetta.”

Our hope is that someone will see this and feel compelled to help Bonnie get the justice he has been waiting so long for…if you are that person, please contact this blog. Thank you!!

Dated: November 15, 2007
To: The Very Honorable Congresswoman Shelia Jackson Lee
2435 Rayburn HOB
Washington, DC 20515-4318
And cc to: The Honorable Al Sharpton
National Action Network
106 W. 145th Street
Harlem, New York 10039
From: Douglas R. MacCachran
JustUs, Incorporated
Paralegal and Consulting Services
606 Holmes Street
Petal, Mississippi 38465
just–us-inc@comcast.net
REFERENCE: Bonnie B. Erwin, Inmate Federal Prison, Registration Number 14289-
077 currently housed in the United States Penitentiary, Leavenworth, Ks.
Dear Madam and Sir:
As per conversations with your staff, please review the enclosed facts and respond back
at your earliest opportunity. I present these facts to you to enable a detailed review of the
case of the inmate stated above. This overview deals with one of the most incredible
cases that I have had the opportunity to become involved with in the years that I have
been involved in criminal defense programs.
This case presents a clear and resonant problem with the lack of judicial oversight and
appalling contradictions that have caused a major prejudicial denial of a minimum level
of constitutional due process and denied any reasonable case review for some 12 or more
years.
Please find this information contained here to be factual and correct to the very best of
our ability in the procedural listed event below. Should you or your staff feel compelled
to become interested in this case or seek any additional support and information, please
do not hesitate in contacting me directly and I will make every effort to assist you in this
matter. With great respect and commitment, I am
Sincerely yours,
/signature
Douglas R. MacCachran
Senior Specialist Criminal Paralegal 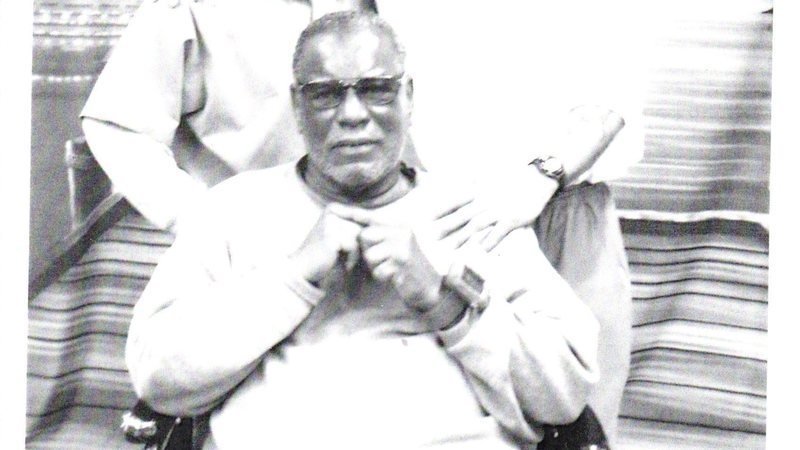