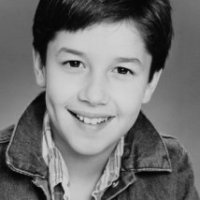 
Presidential ‘second chance’ initiatives would give inmates assistance after release. But what about those given a virtual life sentence?

Our country throws away far too many people. We sentence people to decades in prison; send them to remote, dangerous institutions; forget they exist; then release them from prison with little to no coping skills. Last week, the White House announced new initiatives to help people leaving prison find employment. We applaud this effort but would encourage policymakers to think bigger.

It’s time we took bold steps that would give most prisoners an incentive to work hard to change their lives and successfully reintegrate into society, making us all safer when they do. It’s time for Congress and state legislatures to adopt broad “second look” sentencing laws.

We have both worked with people who have taken extraordinary steps to rehabilitate themselves in prison. One of us is a former federal judge who resigned, in large part, because he could no longer stand to impose the excessive and unjust prison terms Congress mandates in so many cases. The other is a former prisoner and the leader of a national organization that works with thousands of families directly impacted by harsh federal and state sentencing laws.